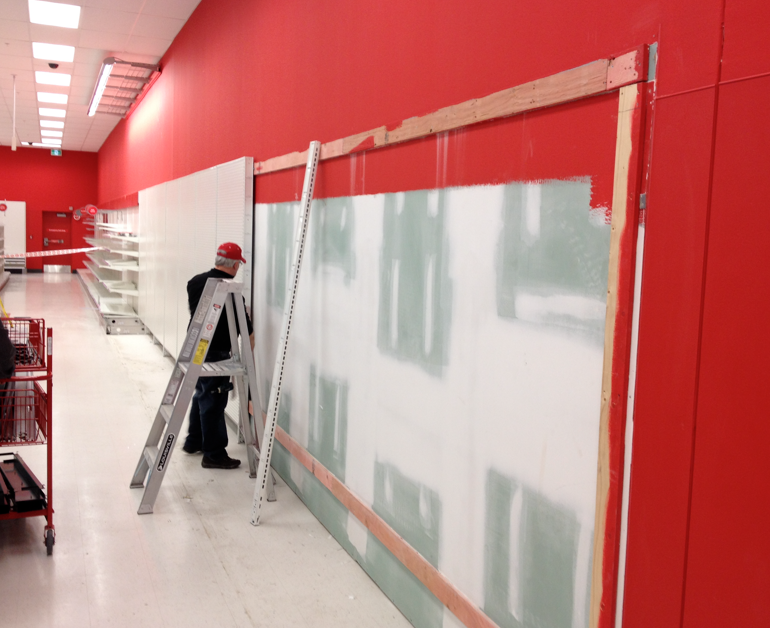 Several weeks ago Roger Hill accompanied me to Target in Fredericton, where we dismantled and transported 11 sections of racking that I purchased as a part of the Target liquidation. These shelves were destined to be the new system in our soon-to-be renovated pantry at Arrowhead.

We were immensely blessed again this year to have an amazing team of volunteers come from Peterborough Free Methodist Church in Peterborough, Ontario and tackle a number of major jobs at Arrowhead. This year we focused on the main lodge and a number of jobs needing completed there. The most notable was the pantry renovation which required the construction of a new washroom / hand washing station in the kitchen and expansion of the existing pantry. We also saw the installation of a new exterior door and new flooring on the stairwell landings. A team of ladies tackled several painting projects and there was trim work done in a number of necessary areas!

The pictures do not do justice to these renovations and improvements, which means you should drop by and visit us and have a look for yourself sometime! Here are a few shots in case you can't do that! 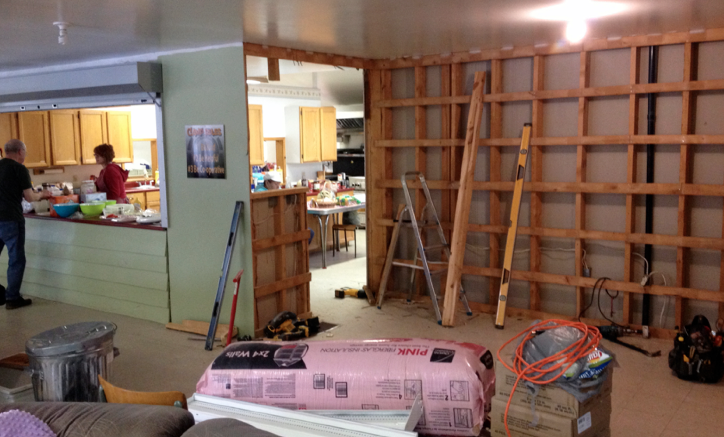 Some demolition as the team prepared to construct the new kitchen washroom. 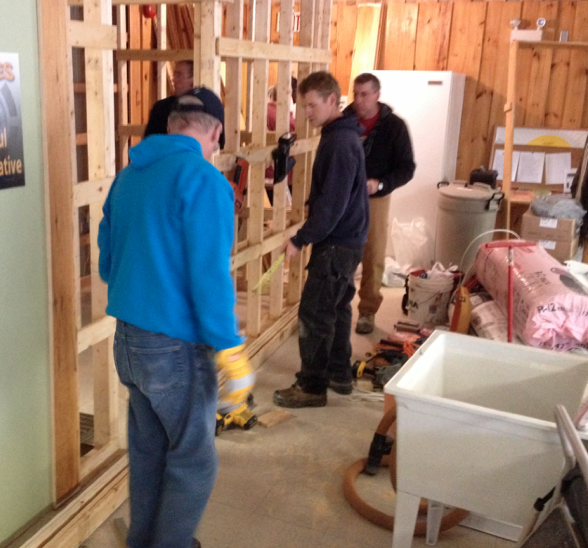 Framing up the new washroom. 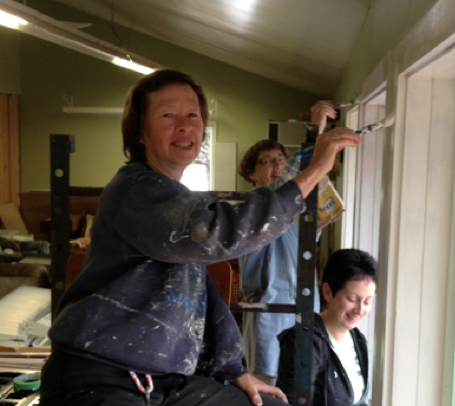 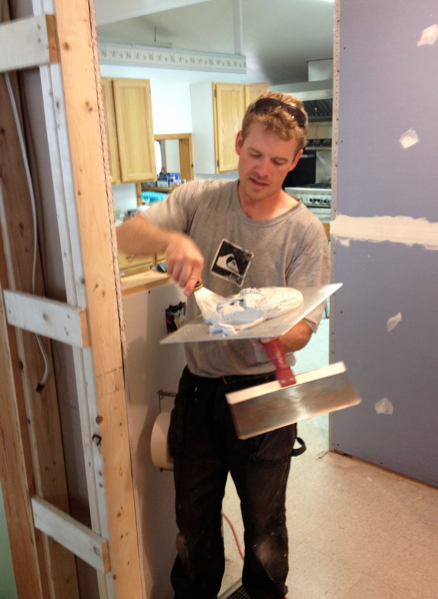 Mudding up the new space in the kitchen, created by the construction of the washroom.

A panoramic shot of the freshly renovated and expanded pantry, complete with commercial shelving from Target. 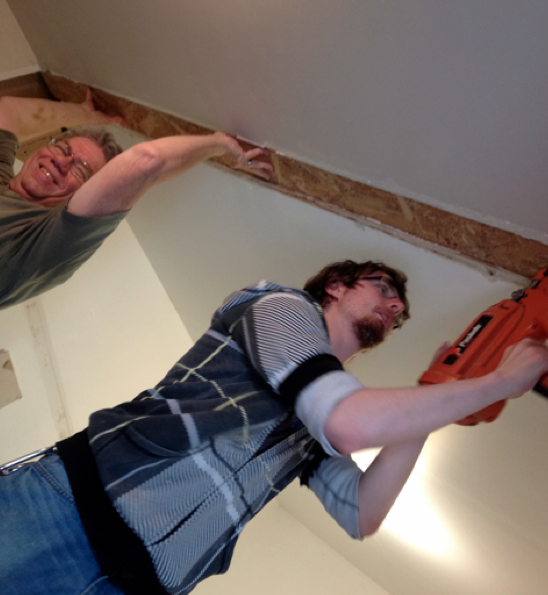 The guys working to cover over the place where the wall once existed between the pantry and former kitchen washroom. 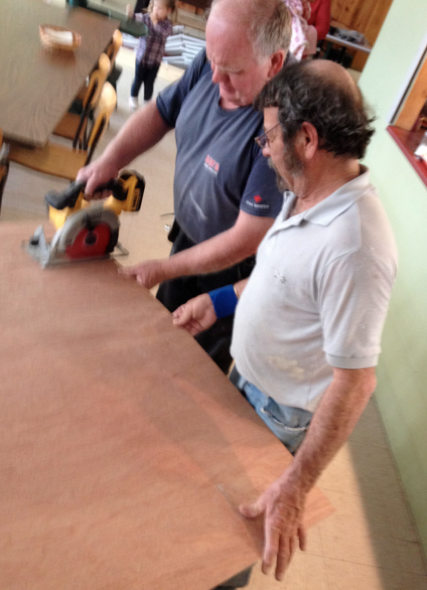 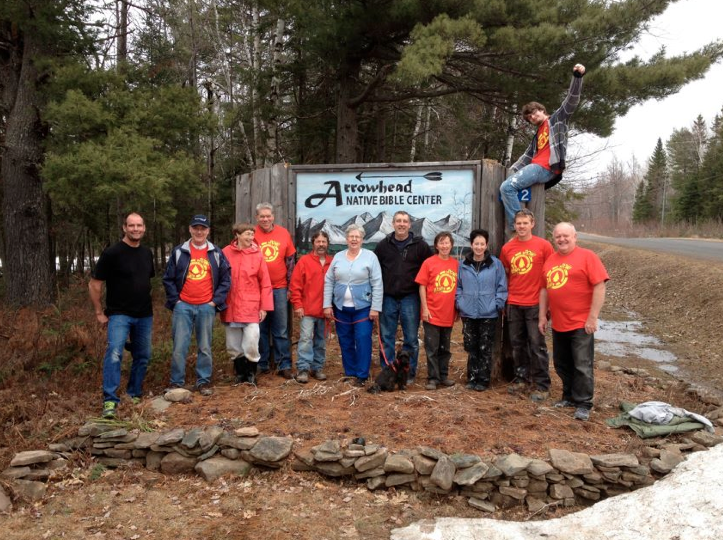 Our PFMC team!
Posted by The Fawcetts at 5:51 PM No comments: