It was a remarkable week at ANBC this week! It was one of those week when God reveals Himself to us in such abundantly humbling and amazing ways. It is so clear after a week like this that the work is God's work and we are simply His servants, and as long as we remain submitted to His will we need not fear, worry or have concern.

A friend of mine sent me the following verse tonight, and I think there is a poignant truth that is very applicable to the ministry we are engaged in at summer camp.


"Then he said to me, “This is the word of the Lord to Zerubbabel: Not by might, nor by power, but by my Spirit, says the Lord of hosts." ~ Zechariah 4:6

This week we had a relatively small complement of volunteers. It is not something that I allow myself to be overly stressed out about; our key positions are filled and we rely on the Lord to work in the lives of those He would have join us. And that is exactly what happened. A couple of days before the camp was to begin, I received an eMail from a young man from Ontario who has served with us in the past, and has already gone through our training program. He had thought his job would prevent him from serving at ANBC this summer, but it just so happened that there would be a down week during our teen camp. So, he wanted to know if we could use the help. I simply replied to him; "come"! Another gentleman that is planning to serve with us this week as our medic, felt compelled to join our ranks for the teen camp as well. And a friend of mine from Nova Scotia, felt led by the Holy Spirit to contact us and come to join us for a couple of weeks!

We were expecting about 12 teens for our teen camp. By Monday evening we had 33. What a blessing! The vast majority of the campers were girls, and we simply did not have enough female staff to serve as cabin leaders. I did a reshuffle of the job roster for the week and we had some very humble and servant hearted folks willing to be cabin leaders (including Liz, who did an amazing job of being a cabin leader and keeping the kitchen stocked and caring for Ivy). I called up a good friend who is the director of a Bible camp about an hour away, and he just so happened to have an extra cabin leader who was willing to come and serve with us. She had been through his training program and has had a heart to reach out to First Nations people.

It was absolutely amazing to see God put the week together. I have never seen the teens at our teen camp as attentive to the teaching; or as interactive with questions and comments in the cabins, as they were this week. There was a real sense of the work of the Holy Spirit as we laboured together for the sake of the Gospel. 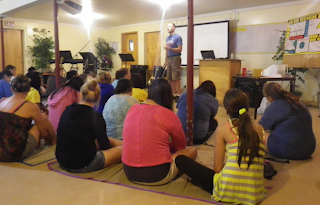 We were without a camp speaker until the last minute, one had been scheduled, but due to some overbookings was unable to join us. Thankfully Todd Nielsen was prepared to serve for us in that capacity and brought the Gospel chronologically and clearly throughout the week! 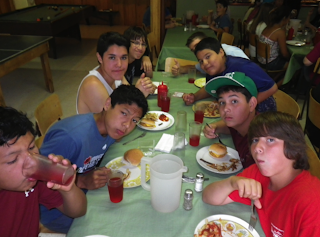 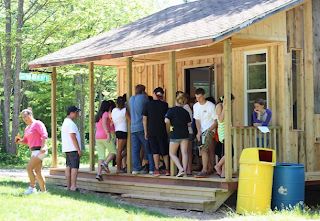 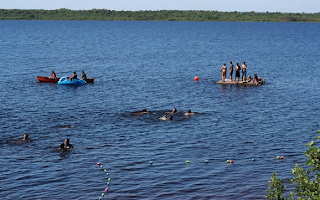 On these HOT July days, the waterfront has been a HUGE favourite!
Posted by The Fawcetts at 10:38 PM No comments:

Our First Year of Day Camps!

This year we piloted a new program of day camps on reserve. I made arrangements ahead of time with the leadership of the various communities and we were granted permission to come to each community and operate a 3 hour day camp at each location. Our team remained at ANBC foloowing our training weekend and on Monday we met to plan, practice and prepare for the week. Each volunteer was given a task and had to prepare to do that task when we got to the community.

The afternoon program included, games & activities, puppets & music, drama, snacks,  bouncy castle and a Bible Lesson. Each group on our team did an excellent job of doing their part and connecting with the children and teens as well as parents. I really feel that it was a wonderful and beneficial week and that the Lord was honoured by the ministry that we all shared in together. 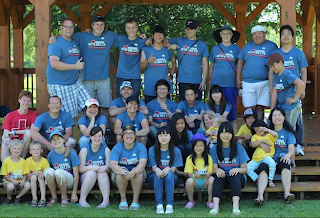 Our ministry team on our last day at Oromocto. 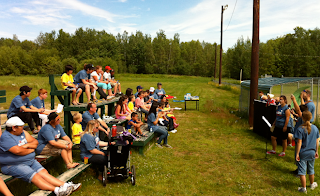 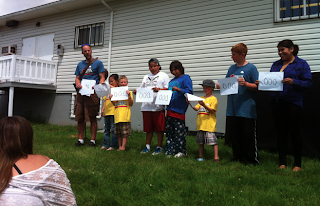 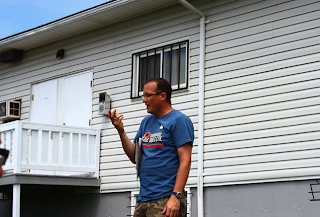 Pastor Josh Cameron sharing a Gospel lesson.
Posted by The Fawcetts at 10:10 PM No comments: