It was another full summer. We saw good numbers of campers come out to camp from a variety of communities - some new to us at Arrowhead. One of the greatest challenges we often face at ANBC is the need for volunteers to come along side of us and serve during our summer camps. This year we often felt the "crunch" as we planed our weeks activities. It is always a blessing to see who the Lord directs to join us and just how He builds His team for ANBC. We no longer worry about what we will have for volunteer staff, as we know that He will be faithful to provide just the right team - even if wee feel it is too small or too large. This summer it was humbling to see God work in peoples lives and provide for the ministry here. Everyone worked hard, and although there were challenges, he provided us with the wisdom and patience to overcome every hurdle. The gospel was clearly taught each week and relationships were formed.

Something new that we tried this summer was a refocusing of our "chapel" times - which we call "Gathering". I feel that it is a vital part of our camp day, partnered with the "Cabin Talk" time - which is our cabin devotions component to camp. I've felt that both of these elements have been getting a bit lost in our daily routine so we renovated the schedule to make the emphasis be on these events. We completely overhauled the gathering time to be more of a VBS format - encompassing between 90 and 120 minutes twice a day. We were a bit unsure as to just how this would work, but we included a number of elements that kept it moving - it wasn't a stale 2 hours for 2 hours sake - it was a time filled with games, music, teaching, Bible memory, drama, puppets, narrative, prizes & illustration. Each Gathering had a theme and all of the elements pointed to that theme each time. There was a risk that we would lose the campers - but that was not something we encountered at all throughout the summer. The new program seemed to work quite well. Each Gathering time would introduce the campers to a scripture memory verse and a narrative - a story that pointed to the theme for that gathering. When gathering ended each time - the campers would go with their cabin leaders directly to their cabins and have cabin talk time. There, they would answer any questions that may have arisen, look again at the narrative from gathering and work on scripture memory. All of these elements reinforced the teaching and gave the cabin leaders the opportunity to have a good quiet time with the campers and talk about the things that were engaging them.

This summer we were without a lifeguard for our last two weeks of camp. I was afraid the campers would mount a coup when they learned that they wouldn't be able to swim. But they were remarkably content to play water games on dry land. We had lots of fun and tried to keep everyone wet and cool. Filling some of our critical roles can often be a challenge - in conjunction with striving to fill these positions - I will also be actively seeking 4 churches that will commit to sending a ministry team of 12 people for a week in 2014.

Here are a few shots from our junior camps 2013! Thanks so much for your prayers and support - it has been a wonderful summer. 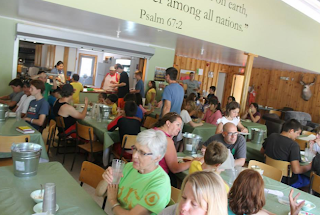 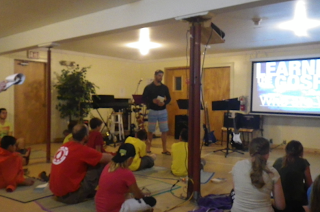 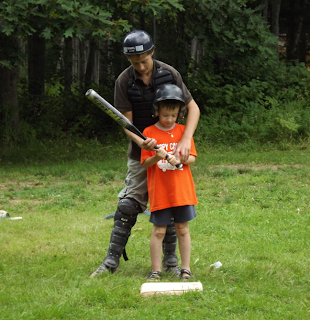 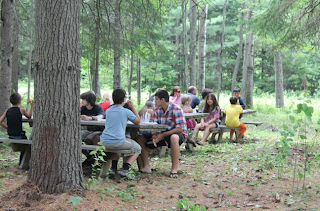 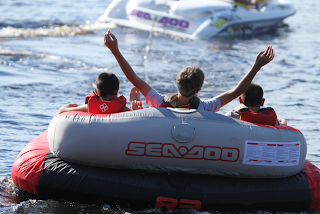 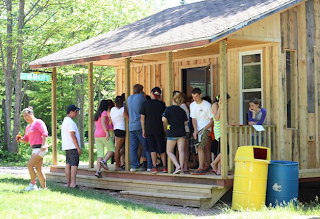 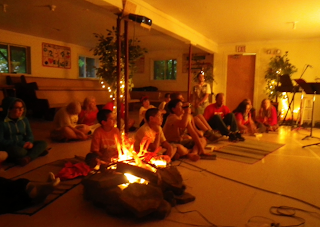 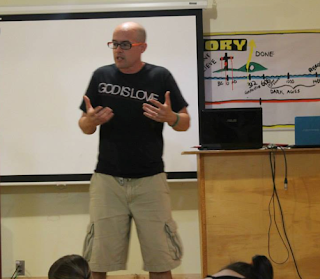 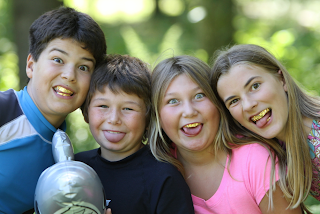 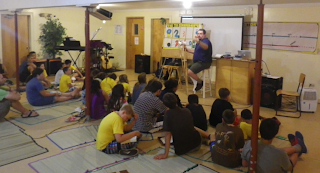 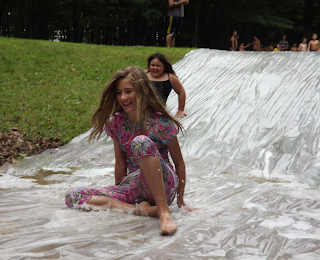 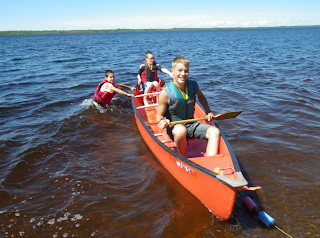 Posted by The Fawcetts at 3:37 PM No comments:

With that in mind we invited Marsden Giesbrecht and Tom Cnossen from Higher Challenge to come to Arrowhead this summer. Higher Challenge is a wilderness adventure camp in Western Canada that offers wilderness camps in the Rockies and northern Saskatchewan.

Tom & Marsden graciously agreed to come out to Atlantic Canada for two weeks of their busy summer. The first week we spent scouting out the Cape Breton Highlands. Because we had not run a camp o this nature before it was important for us to get the lay of the land. 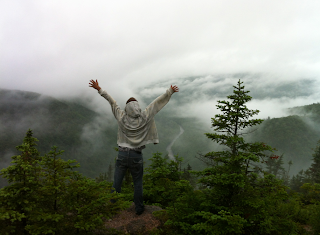 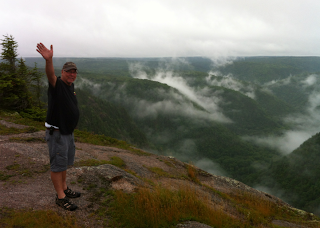 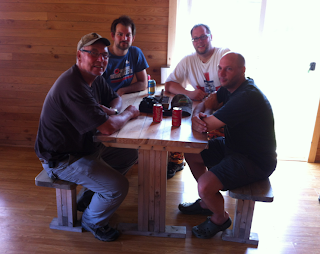 We enjoyed some chowder together at Meat Cove. 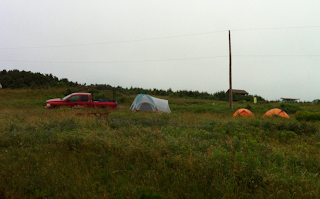 We camped on a bluff and were lulled to sleep by the droning of the fog horn.

It was a successful scouting trip and we developed a good idea about how best to approach the camp out. We returned to ANBC and began the packing and preparing. Tom & Marsden are experienced masters when it comes preparing for this sort of thing and we learned a great deal about food preparation and planning. 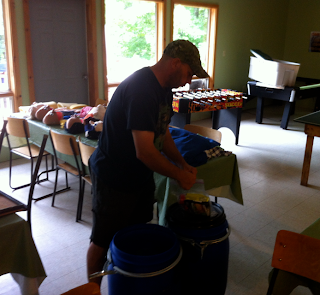 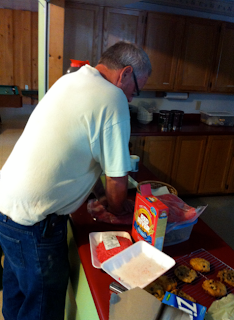 Tom preparing the hamburger to freeze.

All loaded up and ready to go.

The following week we had 6 campers join us for our first Cape Breton Camp Out. It was a learning experience for all of us as we selected campsites and events for the week. It was a great week and became quickly clear that we can host some wonderful camp outs in the future in Cape Breton. 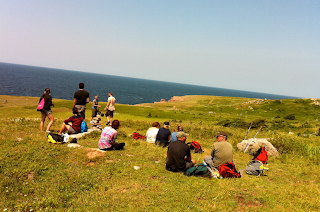 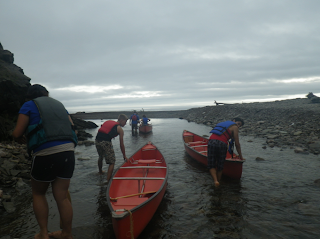 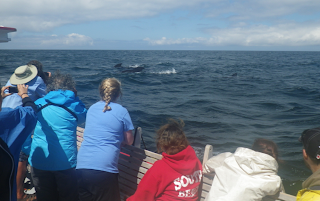 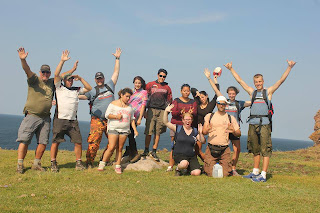 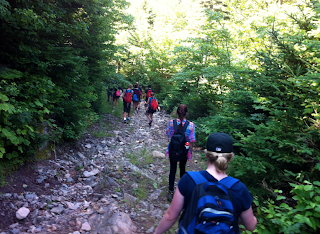 Posted by The Fawcetts at 3:11 PM No comments: